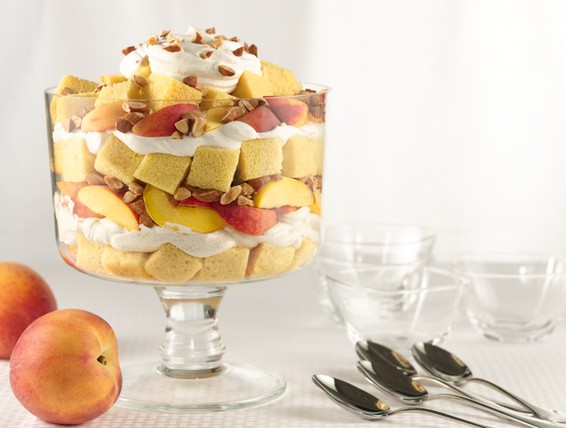 Guests are bound to be delighted with a delicious bowl of Peaches & Crème Trifle.