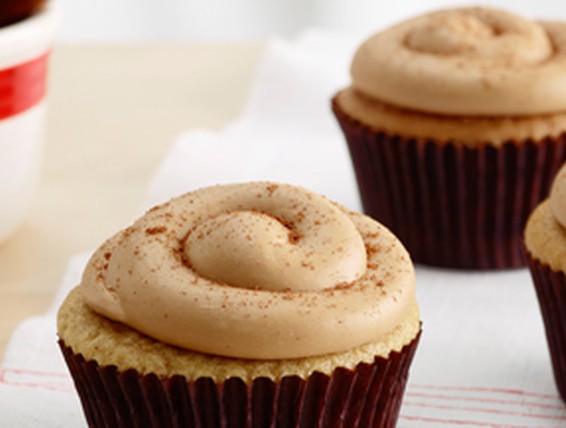 These cupcakes baked with apple pie filling, and iced with cinnamon roll frosting taste like an apple pie, without the crust.